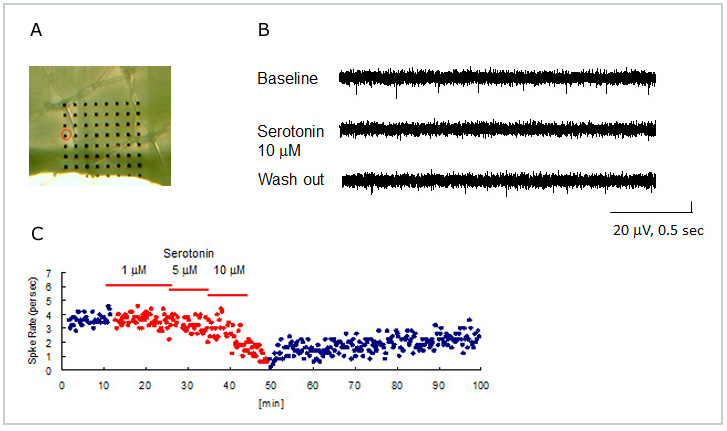 B: Spontaneous activity of SCN neurons recorded at the electrode marked in red. The activity
decreased in the presence of serotonin.

C: Serotonin reduces the rate of spontaneous firing in a dose-dependent manner. The rate of spontaneous activity seen in the baseline period (approximately 4 Hz) decreased noticeably as the serotonin concentration was increased from 1 to 10μM. Partial recovery was observed after washing out the drug.